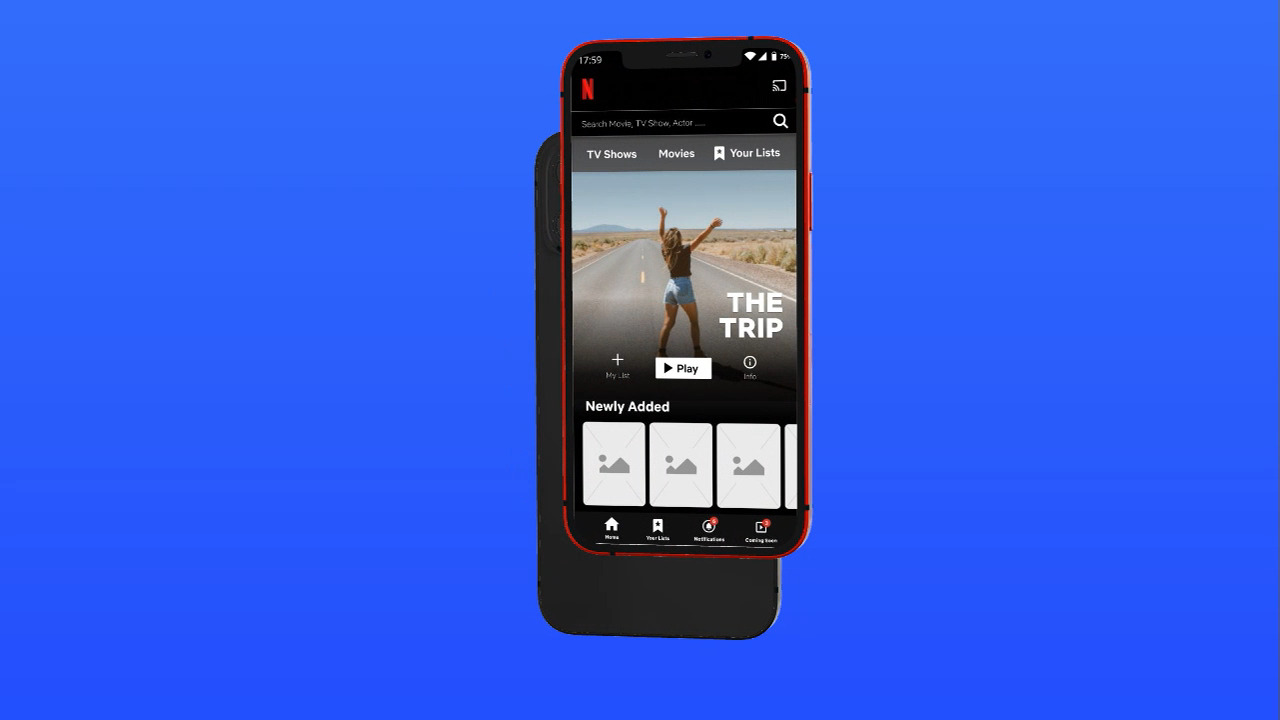 I love Netflix, it is my “go to” when it come to streaming shows/movies even with competition services like Disney+ and Amazon Prime. However, I have always felt it could be better, purely because browsing experiences on the app feels inundated. I wondered if others experienced this and if so, how can the app be improved? So this begins my case study journey…

Netflix is the most used streaming app for Entertainment Media with 182 Million users since being founded in 1997. Now, with ever growing content, users are overwhelmed by viewing choice and searching for specific content has become more difficult in experience. The current pandemic has also enlisted more users emphasising Netflix as the leading provider in entertainment streaming, and placing more importance to improving the experiences on the app.

From the data and user interviews performed, the main problem lies within the time taken to search for specific content, in addition to accessing newer or alternative content outside the user’s previous viewing choice ( controlled by Netflix algorithm)

"..you end up scrolling for something to watch for half and hour even before you click and watch something"

" The average adult takes 7.4 minutes to make a selection on a streaming service. Adults 18-34 take 9.4 minutes, while 35-54's need 8.4 minutes.Viewers 50 and older abandon discovery after 5 minutes and just dive into something"

My objective is to improve the current UX/UI of the searching experience by introducing efficient filtered searching and easily accessible curated content for the user.

I have chosen to use the LX Double Diamond process as a guide to engage in this case study. The reason I like this process is the iterative journey to test theories and usability flows required to come up with the most efficient MVP and most suitable for a real world scenario for Netflix to improve their mobile application.

I used the DBAG (Demographics, Behaviours, Attitude, Goals) structure for user interviews. I asked questions concise to searching and the browsing experience.

Each Interview took no longer than 10-15 mins and in a casual setting to allow the interviewees to reveal their thoughts and opinions for each question asked.

From the user interviews, I found all answers revealed similar and different experiences when using Netflix or any other streaming app. The common experiences within these apps outline feelings throughout the searching and browsing journey as speculated. I had collated all answers and created a User Journey Map to help identify persona required and give the basis to further ideate on key opportunity areas.

To further action the viewpoints of the interviewees, I decided to develop a current user flow and interactions with screenshots from the current Netflix app. This will help in reference to user experiences and highlight the necessary components to include or disclude for ideation and prototyping.

Recap snippet of last played as catch-up or reminder

Based on the research, two personas emerged

A busy  user with seldom viewing time around 1hr. Mood based choices but primarily makes choices based on recommendations. Very specific  in their searching and browsing and due to the viewing time, mostly watches TV Shows.

To help prioritise pain points and opportunities discovered from user interviews, I have developed some JTBD Framework questions in the
viewpoint of the personas.

“When I have been recommended a show by my friends, I want to find it easily and watch, so I can enjoy the experience, social connection and
discussions with my friends afterwards”

“When I have spare time, I want to binge watch interesting shows from my saved lists, so I can be entertained and relaxed”

“When I come home and I am anxious from work, I want to find a show that will help to change my mood, so I can feel more positive and enjoy
the rest of my day ”

“When I have not watched a show for a while, I want to be reminded of my previous viewing, so I can easily resume from where I was up to ”

I found myself going into “The Matrix” from the research and job stories. This is to help decipher the priority of opportunity areas of focus that are beneficial to the users as well as Netflix.

Speaking The HMW statements help detail and visualise viable solutions. I prioritused the solutions (compared to the user journey map).

1) How might we simply guide users to what they are looking for? 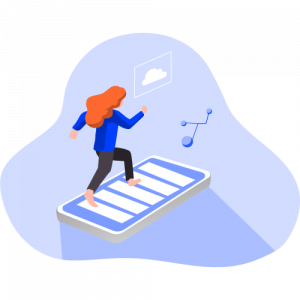 B. Bigger spaces between list and sticky widgets (always at top) for users current/mylists/ suggested?

2) How might we allow users to be specific in their search? 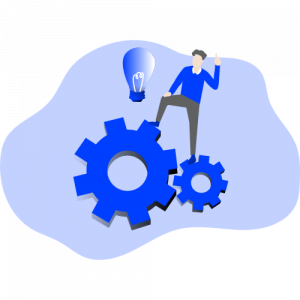 A. #tag field for user to type words

C. Search within categories from lists

D. Results from search to have limit – numbered pages/arrows to view more results (like Google)? 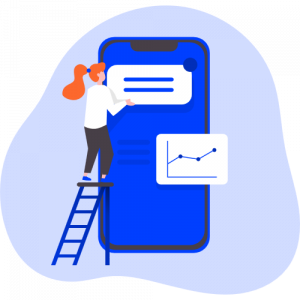 A. Progress bar and timestamps

B. Hover over content tile to preview a clip of where user was up to

Pop-ups with dismiss button when they log into App again

D. Notifications to user that is a reminder to where they were up to in notifications as well as emails sent to user

I used the Crazy 8 principle to quickly sketch ideas. I believe its a great way to quickly get all the ideas out on the table and the possible look, feel and functions for each solution. The ideas  I have chosen to develop best suited for both personas.

Using the quick and easy cloudware, Figma, I recreated the current Netflix Mobile application with the components from the top Crazy 8 sketches. Considering I am testing for certain interactions, I decided the prototype to be Mid-Fidelity quality, offering an automatic understanding to the user within the Netflix environment and to allow the user to focus on the new interactions for this case study.

A user centric and curated page that is specific to the users quick “go to’s” and suggested viewing content chosen by the Netflix algorithm. My Flix allows the home Netflix page to be global in content regardless of the users viewing choices.

Browsing and Searching experience is improved with advanced filter search using keywords. This emphasises not only categories, but mood based searching as well. With advanced searching, the browsing experience becomes less overwhelming with choice and to help the user picking their viewings faster.

User’s can be reminded where they were up to or enjoy a snippet of what  they are interested to watch. There is more information about the content as well, allowing the user a greater insight into what they are choosing.

I recruited 5 people to test the initial prototype. The participants were aged between 25 – 30yrs, all familiar with Netflix and suit both persona criteria.

The objective of the test was:

Interviews were performed over Google Meet. Images above are representations only and not the actual interviews performed from interviewees.

1st Round Test Results for Both Personas

Users also noted initial confusion in finding the button to navigating to the user’s curated homepage (My Flix button wit Bookmark Symbol), but once learned the user found it an easy and quick function to use. Users mentioned the appearance of the button should be more distinguished with use of viewer profile image as an example.

A second Round of interview was performed with an amended prototype based with 3 users aged between 30-40 yrs. The amendments made took aboard feedback given in the first round of testing to include the following: 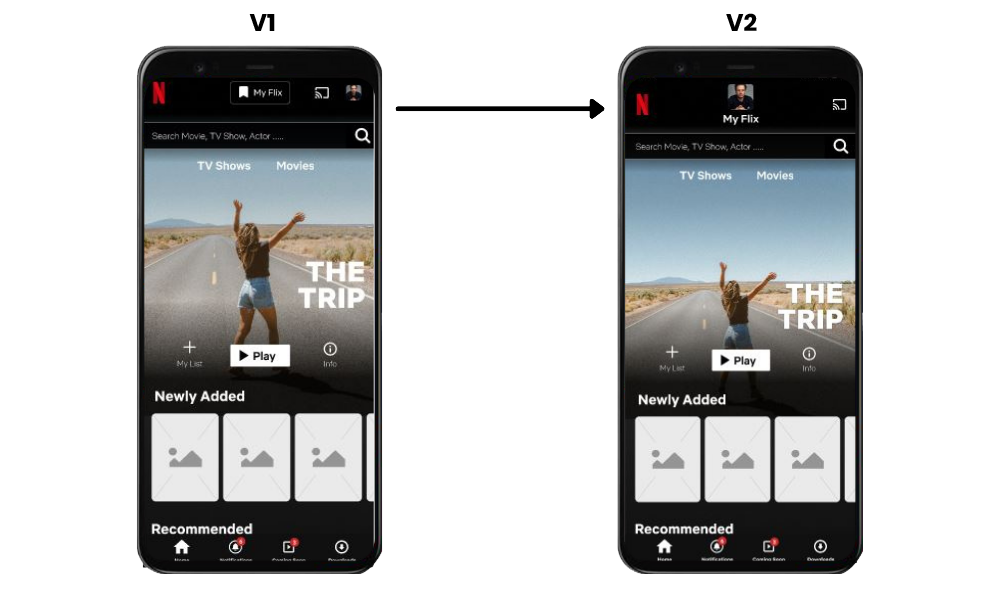 2nd Round Test Results for Both Personas

As with the first iteration test, most users found the new interactions helped in quickly navigating to user curated and saved content experience. However this outcome was without setback and initially was confusing for the user to find. The new iteration of the  MyFlix button proved more confusing as users noted they though it was to “switch viewer profile” not as the button to their curated home page (2/3 users)

1 user noted some confusion in the terminology of filtered search title bar in reference to the results displayed.

The data shows the second iteration a higher result in task completions but also with a higher error rate. I have noticed in testing, errors where mostly going through a different route to end up to the targeted outcome and thus; proves that the success from the second iteration of the prototype closer to an MVP Netflix can benefit.

I decided to make a 3rd iteration of the prototype from tests performed as to help illustrate my key findings and for any future development in this area of the app. The 3rd iteration amendments include:

Changed terminology from “My Flix” to “Your Lists”

Moved button next to “Movies” and “TV Shows.

The key learning from this UX Case Study I found is the challenge of introducing new behaviours within an existing and very familiar and widely used app.

The immediate improvement included the instant access to search where interviewees noted it was “very easy”  to find and use the feature.

The decision to create a user curated page/screen for content proved successful with quick navigation and removing pain points from the browsing and the searching experience. However, from the tests it took interviewees “a little getting used to” before it became an efficient feature. In addition to learning new features, terminology used  such as “My Flix” needed to be modified for the interviewees to instantly recognise and familiarise its use.

With this being said, the overall feedback proved the new integrations enhanced and gave more functionality to the user. Tests showed how interviewees quickly searched, navigated and found content to watch within a time period that does not deter them from using the app altogether (as noted from the pain points for both personas).

I believe further development is required if this was to be properly implemented in the real world. For example,  Card Sorting  and A/B Testing for terminology’s; Heat-map tests are required to help on optimal button layouts and behaviour’s especially with new button features; and finally, test scenarios to accurately record response times for searching, browsing and choosing content to prove its efficiency.

Netflix is a great entertainment streaming app and has an influence on many people’s lives regarding on-demand streaming. It has become a friendly comfort for a large population of people’s lives, daily behaviours and psychology especially in an ongoing pandemic . Thus, improvements made to the app transcends from “Netflix and Chill” to “Netflix and Feelgood”.

SInce conducting the Case Study in early 2021, shortly after Netflix updated their app to have a “My Flix” quick access button in their top menu.

I guess my Case Study was on the right track proven by the user data! 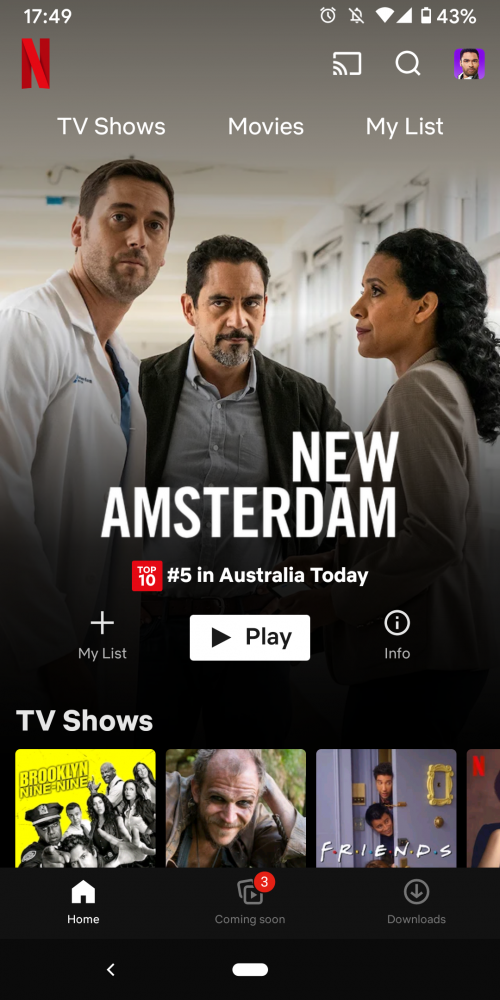 Netflix has updated their app, and “My List” has become “Categories” . Once the user clicks categories, alist is revealed to show “My List “. 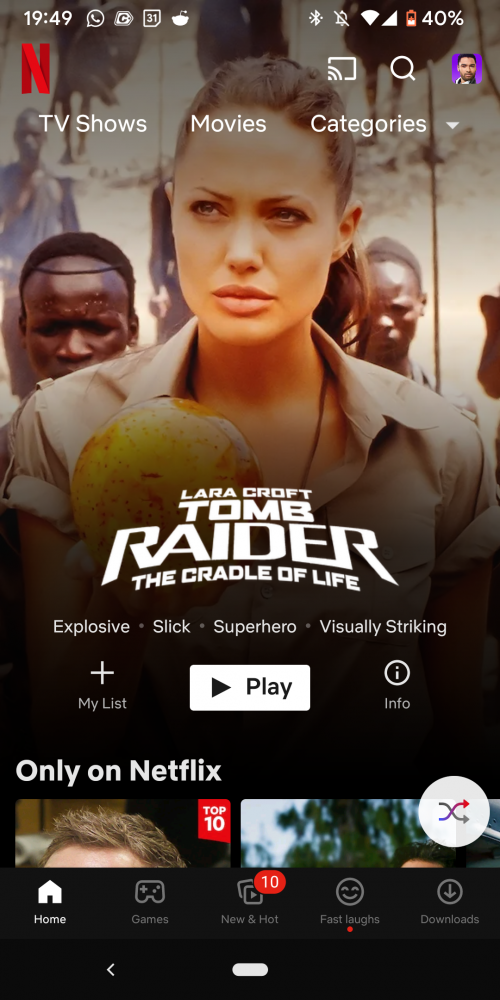